A Safari in Tanzania is ideal for both wildlife viewing and beach holidays. The stunning natural environment and geographical features make it one of the most unique travel destinations on the planet. Tanzania boasts 13 game reserves and national parks that are home to a staggering range of animals, plants, and invertebrates offering diverse options for package or luxury safaris.

We travel to all areas of Tanzania and provide luxury, adventure and budget safaris. Examples of some of the more popular routes are shown below.

We can make recommendations on where to visit, where to stay and how long to take. For your personalised itinerary, viewable on a web page or mobile app, please contact us.

Some of the places we visit:

Mount Meru, one of Africa’s most stunning volcanoes and the second highest peak in Tanzania, is another amazing destination. The base of the volcano is home to over 450 bird species and a stunning diversity of animals.

The most popular animals spotted on safaris around Mount Meru include rhinoceros, elephants, buffalo, baboons, warthogs, black and white colobus monkeys, and the duiker. Wildlife, however, is not the only attraction that the mountain has to offer. The montane forest that cloaks the slopes of Mount Meru is jaw-dropping in its lush greenery. A narrow, barren ridge near the summit provides stunning views of the ash cone lying in the crater several thousand feet below the peak. The climb to the summit is further punctuated by the view of Mount Kilimanjaro in the background. The Ngundoto Crater Lake and Momella Lake host brilliant flamingos as well as other forms of wildlife making Mount Meru one of the most spectacular places to visit in Tanzania. 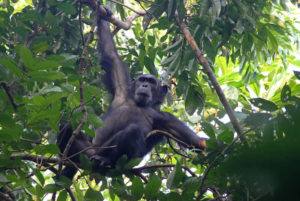 Mahale Mountains
The Mahale Mountains are a truly spectacular collection of peaks and are especially famed for the striking sunsets over Lake Tanganyika and Eastern Zaire. The mountains are home to some of Africa’s few remaining wild chimpanzees. The national park named after these mountains is a remote site on the shores of the lake. The park has several unusual characteristics that make it a fantastic spot for safaris.

Lake Tanganyika
Lake Tanganyika is a fantastic spot for snorkelling as well as walking and photography safaris. It is the largest rift valley lake in Africa. It is the second largest freshwater lake in the world and also the second deepest lake after Siberia’s Lake Baikal. The lake is a fantastic place to view wildlife and some of Tanzania’s most incredible scenery. It boasts ninety species of cichlid. Visiting Lake Tanganyika is a trip that you are sure to never forget.

Udzungwa Mountains
The Udzungawa Mountains are known as the Galapagos Island of Africa and are great for hiking, walking safaris, wildlife and bird spotting. The national park was created primarily to protect the incredible variety of flora found in the mountains. This great diversity of life makes for a fantastic hiking experience. There are no roads in the Udzungawa Mountains National Park, so be prepared to do a considerable amount of hiking. All safari hikers must be accompanied by a park ranger or guide. In addition to the beautiful landscape, the park is one of the best destinations for bird watching and is home to numerous animal species. Elephants, buffalo, lion, leopard, and African wild dog can all be found in the park.

Ngorongoro Conservation Area
The Ngorongoro Conservation area is best known for its most distinctive feature: the Ngorongoro Crater. This stunning crater is the world’s largest unbroken volcanic caldera. It is often referred to as the Eighth Wonder of the World and called Africa’s Eden for the number of plants and animals that reside within the park. The conservation area lies in the northwest of Tanzania and is a part of the Serengeti ecosystem in the Crater Highlands area of the country. The crater floor is home to numerous plains game that feed on the short grasses. Wildebeest, zebra, gazelle, buffalo, eland, and hartebeest can all be found roaming through the plains of the crater. Other wildlife such as elephants, rhinos, waterbuck, and bushbuck can be found in the swamplands.

Serengeti National Park
Serengeti National Park is one of the best wildlife sanctuaries in Africa and the world. It is the largest park in Tanzania as well as the most famous. Of all the countries in Africa, the Serengeti alone has the highest concentration of wildlife making it one of the country’s most popular safari destinations. The annual wildebeest migration has made the Serengeti National Park famous, and tourists come from every corner of the globe to witness the spectacle of millions of animals thundering across the plains. The high numbers of grazers attract numerous predators. The park contains a huge number of lions roaming through the grasses and chasing down their prey.

Pemba
Pemba Island is found on the Zanzibar Archipelago in the Indian Ocean off the east coast of Africa. The island has a population of about 265,000 and is becoming well known around the world for its dive sites. Steep drop-offs, fabulous coral formations, and abundant marine life make Pemba a popular destination for divers after a Tanzania wildlife safari.

Tarangire National Park
Tarangire National Park is great for walking safaris and home to the greatest concentration of wildlife outside of the Serengeti ecosystem. Vast numbers of animals gather here to scratch at the drying riverbed in search of life giving water. It is the only place in Tanzania where dry-country antelope such as the fringe-eared oryx and long-necked gerenuk are regularly seen. It also boasts the highest population density of elephants anywhere in the country.

Tarangire National Park is remarkable for its astounding variety of animals that all inhabit the same space. Numerous species live together in harmony, mingling in the mutual search for food and water. Overshadowing the land are the gigantic baobab trees that live for hundreds of years and grow to be massive in girth. Because of the wildlife and scenery, Tarangire is one of the most popular areas  for guided walking safaris.

Mount Kilimanjaro
Mount Kilimanjaro is the highest mountain in Africa and the tallest freestanding mountain in the world. It is a remarkable sight to see the snow-capped peak rising above the plains grasses. It is one of the world’s most accessible high summits, and most climbers reach the crater rim with nothing more than a walking stick, proper clothing, and determination. The trek is challenging and requires a certain level of physical fitness. The reward for reaching the summit, however, is great. The view of the African landscape across Tanzania and Kenya is stunning.

Mafia Island
Mafia, the largest island in the Zanzibar Archipelago, is perfect for beach and diving safaris. It includes numerous compact islands and tidal sandbars. Mafia Island is the perfect location for relaxing after a safari in Tanzania’s Selous Game Reserve. Tranquil Mafia Island island offers diving and snorkelling, activities which present stunning views of the unbroken barrier reef surrounding Mafia. The diving is some of the best the world has to offer and the reef is home to more than 460 species of tropical fish and five species of turtles. There are numerous underwater habitats to explore that offer divers from beginners to experts the experience of a lifetime. For those people not wishing to venture deep into the azure waters, there are sandy beaches for long walks and sunbathing as well as about 120 bird species. Mafia Island is truly a magical place to visit.

Gombe Stream
Gombe is the smallest national park in Tanzania with only 52 sq km of forest lying along the hills from the northern shore of Lake Tanganyika. It is becoming more and more popular as a tourist destination because of its high biodiversity. Chimpanzees and other primates inhabit the park with bush pigs and over 200 species of birds. Gombe is great for hiking to look for chimpanzees or swimming and snorkelling in Lake Tanganyika.

Katavi National Park
Visiting Katavi National Park is a rare treat. This isolated park provides a glimpse into the way Africa may have been a century ago. Woodland and acacia bush landscapes are home to herds of elephant and many varieties of antelope. The game in Katavi is said to be unrivalled in the rest of Africa. Feel as if you are stepping into the legends of great white hunters as you explore the remote and isolated Katavi National Park.

You can choose from a wide variety of safaris including wildlife and bird spotting, hiking and walking. Before or after your safari you can visit one of our beautiful beach or lake destinations for swimming, snorkelling or even diving.

Want to find out more about safaris with Daigle Tours? For information about packages or to plan your bespoke safari download our brochure here or contact us now.
Book Your Trip

I highly recommend working with Daigle Tours. They were very easy to communicate with via e-mail prior to the tour and even in Tanzania they sent e-mails to confirm pick-ups. All transportation arrangements were on time and always had a sign with my name on it. The safari was such an amazing experience and our tour guide was a huge credit to this. He was very knowledgeable and informed us on thedaily schedule. He did everything he could to try and find the animals my husband and I were eager to see. My only advise is to not do a day tour from DAR to Mikumi National Park. The drive can take more than 5 hours due to traffic and it is not safe and if we had chose this route it would of ruined our experience. Spend the extra money and stay a night in the beautiful wild!

The most breathtaking, lively experience I have ever had. We saw 'The Big Four' on the first day!

This trip was so amazing. The service at the accommodation was second to none. The owner of the camp treated us like family. They welcomed us with open arms. The accommodation was perfect with not a thing out of place. Very clean and very well designed. Super friendly staff who are willing to guide you back to your cabin/tent to make you feel safe. Waking up to an incredible view the next day was simply breathtaking. Not to mention, bacon & eggs for breakfast the following morning. Our tour guides on safari were so patient and waited until the animals got closer to us so we could all take our desired photos. I would give this safari tour more stars if it were possible. We seen 'The Big Four' on the very first day we arrived. Couldn't have asked for a better experience. Certainly something to write home about. I am definitely going back to visit this place again in the near future.