Dreaming of a Safari in Tanzania? With an incredible amount of wildlife in numerous national parks and game reserves, Daigle Tours will provide magnificent opportunities for viewing game and offer total immersion in incredible landscapes. 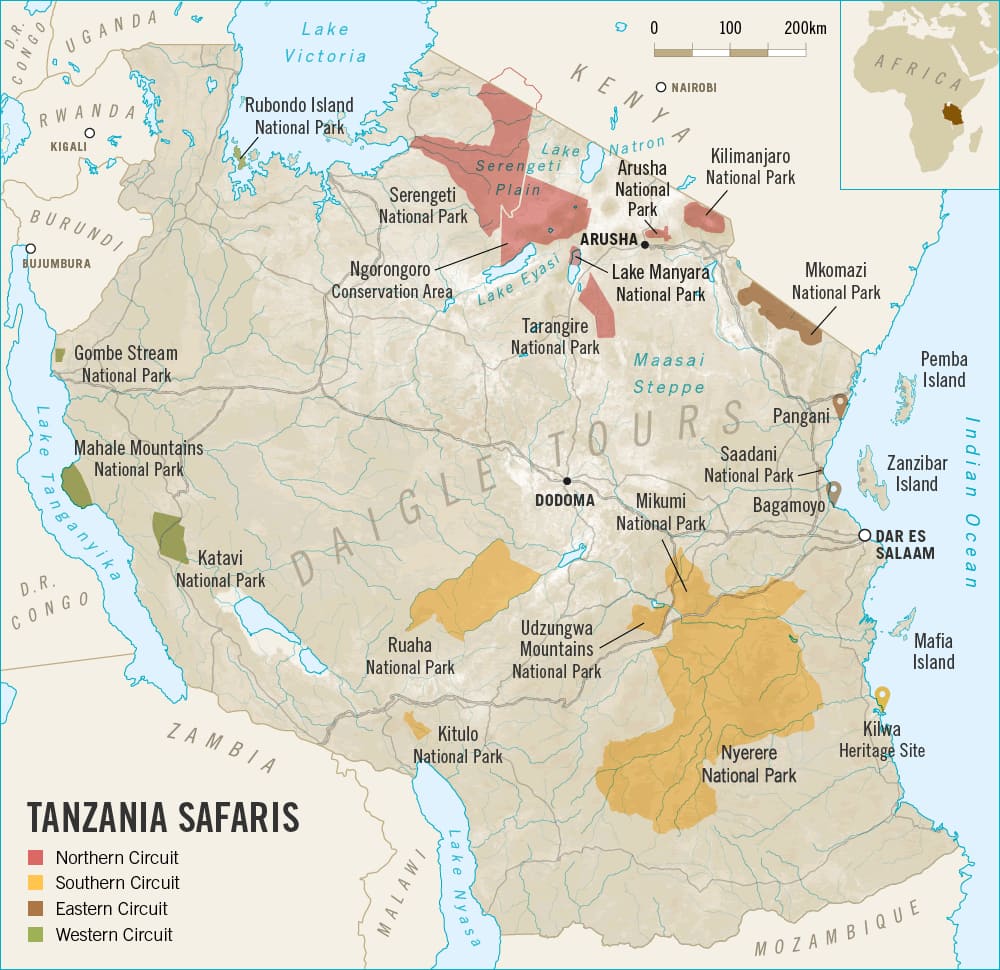 Download our brochure now to find out more about our great safari and beach packages and start planning your trip!

The most popular safaris usually include several parks in the north of the country, and these are also the most known places to visit. Since you can fly into Kilimanjaro International Airport (situated between the towns of Arusha and Moshi) you can also avoid long distance travel and get into the wilderness as quickly as possible when you choose the Northern Circuit.

The south is typically less visited than the north. The Southern Circuit landscape is more untouched and unspoilt,  and you are less likely to encounter other tourists. If you want a real bush experience, then you should include the Southern parks in your itinerary. Read The Ultimate Guide to Southern Tanzania to find out more.

Western Tanzania is the perfect place for travellers with a sense of adventure. It is the least visited part of the country and the only area where you can see chimpanzees in their natural habitat. The Western Circuit boasts parks that are magnificent for their unspoilt wilderness.

The Eastern is the smallest of the safari circuits but equally remarkable. Saadani National Park is the only place where you can meet wildlife on the beach, and Mkomazi National Park is home to the Rhino Sanctuary.

Want to find out more about Daigle Tours? For information about safari packages or to plan your bespoke safari download our brochure here or contact us now.
Book Your Trip