Experience the greatest migration in the world in Tanzania’s Serengeti National Park. The inescapable cycle of life drives one million wildebeest to engage in a three week frenzy of territorial conquests and mating. 40 km (25 mile) long columns of animals plunge through crocodile-infested waters, hooves pounding out an ancient rhythm as they travel north. Nearly 8,000 calves are born daily during this annual exodus before the 1,000 km (600 mile) pilgrimage across the Serengeti begins again.

We have a number of safari packages to the Serengeti, including Luxury Tours, Adventure Safaris, and Camping Safaris – or contact us to design a tailor made safari to suit you. 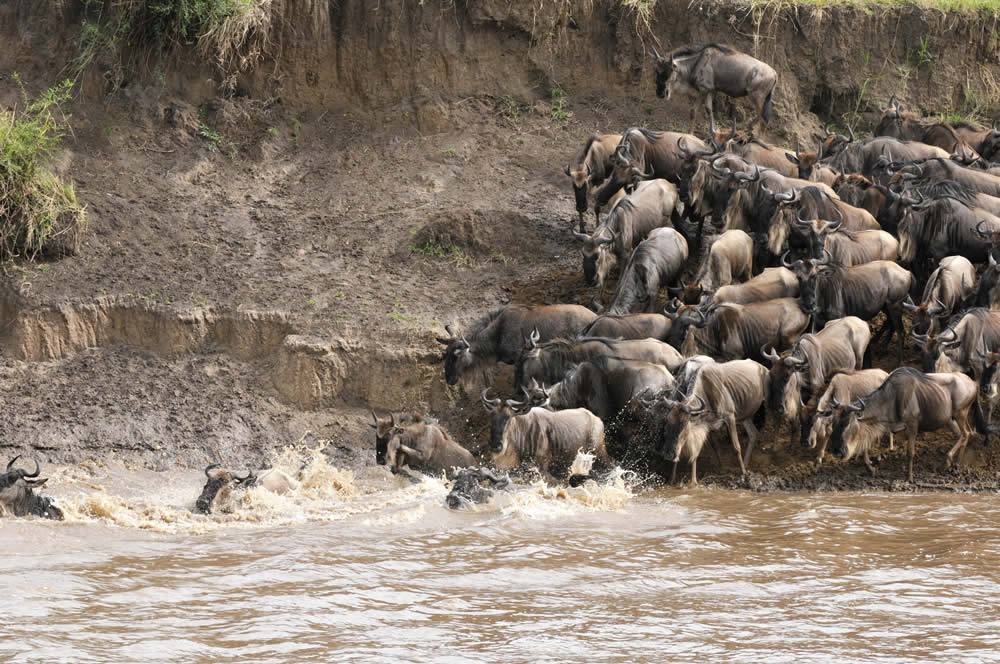 Serengeti National Park is Tanzania’s oldest and most popular national park. It is world-renowned for the annual migration of the wildebeest as they search for fresh grazing. Nearly six million hooves shake the plains as more than 200,000 zebra and 300,000 Thomson’s gazelle join the migration.

Serengeti National Park offers the most astounding view of wildlife in Africa even when the yearly migration is not taking place. Huge herds of buffalo, groups of elephant and giraffe, and thousands of eland, topi, kongoni, impala, and Grant’s gazelle regularly graze their way across the rich grassland of the plains.

The amazing cycle of life is easily witnessed in Serengeti National Park. The spectacle of the predator versus prey dynamic dominates the plains. Prides of lions stalk and feast upon the grazers roaming through the grasses. Solitary leopards haunt the acacia trees found along the banks of the Seronera River and cheetahs prowl the southeastern plains, exploding into motion in an instant. All three of Africa’s jackal species live here alongside the spotted hyena and more elusive, smaller predators.

Though the large mammals are for most people one of the most exciting sights of the Serengeti, there are many more life forms thriving on the plains. Gaudy agama lizards and rock hyraxes skitter across the surfaces of the isolated granite outcroppings that are scattered around the park. A full 100 varieties of dung beetles have been recorded as well as more than 500 bird species that range from the large, flightless ostrich to the black eagles that effortlessly soar through the warm updrafts above the Lobo Hills.

The diverse wildlife population is not the only remarkable feature of Serengeti National Park. The sunburnt savannah of the plains stretches nearly unbroken to the shimmering horizon at the end of the earth. This golden expanse is transformed into a lush green sea peppered with the bright spots of wildflowers after the seasonal rains. Wooded hills and towering termite mounds rise from the seemingly unending grass, and snake-like rivers lined with fig trees and acacia woodlands meander across the plains.  Despite its popularity, you will feel like the only humans in existence when you step into the vastness of the Serengeti. 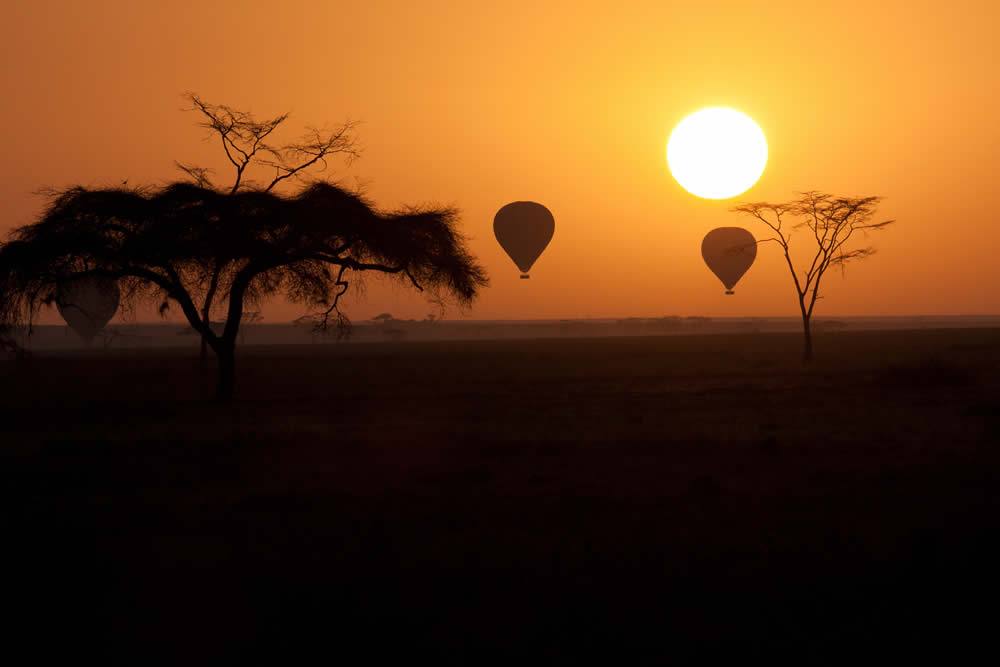 The wildebeest migration occurs from December to July. Predators are the most visible from June to October. There are various accommodation options in Serengeti National Park including four lodges, four luxury tented camps and campsites inside the park. Just outside the park are one luxury camp, a lodge and two tented camps.

Want to find out more about Tanzania safaris with Daigle Tours? For information about your Serengeti safari package or to plan your bespoke safari download our brochure here or contact us now.
Book Your Trip