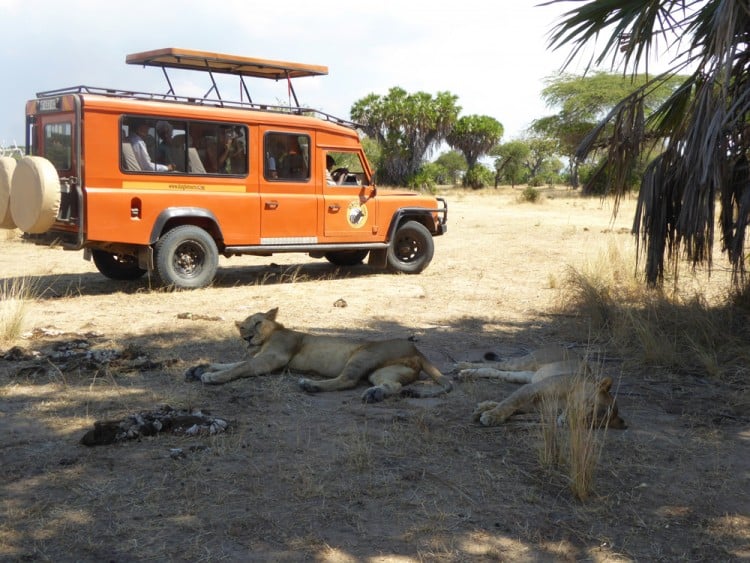 Dar es Salaam may not be the most popular place to start a safari in Tanzania, but it’s probably the best. Tanzania’s former capital city is one of Africa’s greatest travel secrets because of its:

Furthermore, Dar es Salaam welcomes visitors but isn’t crowded with them, unlike Arusha and the Serengeti which seem to be almost overrun with visitors throughout the year.

If you’re planning to visit this is our pick of the top five safari destinations in Southern Tanzania.

Selous is packed with animals including monkeys, antelope, bushbuck, sable, reedbuck, waterbuck and curly-horned greater kudu. On land, lion sightings are common and you can expect to see crocodiles and hippos in the river. You’ll also have the opportunity to spot rare African wild dogs and plenty of elephants. Selous is one of only two places where you can witness the elephant migration when thousands of elephants pass through the reserve.

Dry Season from June to November – the best time for game viewing, with predators commonly seen and the elephant migration taking place.

December to February – good game viewing but can be hot and humid.

Ruaha certainly isn’t the most famous national park in Tanzania but it is the biggest and the wildlife is fantastic. The scenery is also stunning and diverse including ancient baobab trees, green-fringed river and wetlands surrounded by rocky hills.

Ruaha is located in a convergence zone for both northern and southern hemisphere birds and mammal species, so it has a huge population of birds and mammals. There’s too much wildlife to mention here but it includes a sizeable lion population as well as wild dogs, leopard, cheetah, hyena, elephant and many different antelope species.

Try to time your visit during the dry season from June to October.

The Mkata floodplain in Mikumi often draws comparison with the Serengeti because the wildlife is so concentrated, diverse and often see in large herds.

Wildlife is easiest to spot during the dry season from June to October, but wildlife sightings are almost guaranteed year round, and Mikumi is easily accessible on a day trip from Dar es Salaam.

For a safari of a different kind, Mafia Island Marine Park draws deep sea fisher folk and scuba divers from around the world. Marine life is abundant, the coral is pristine and the Indian Ocean is warm all year round.

Colourful tropical fish abound around the coral reef and spotting whale shark while you snorkel or dive is an unforgettable experience. Fishing with an experienced guide can allow you to catch sailfish, marlin, barracuda, wahoo, kingfish, trevally, tuna, dorado, snapper and rock cod as well as many other species.

On land, the bird spotting is good and there are also resident monkeys, squirrel, bushbabies and monitor lizards.

December to March and June to October are the best times for snorkelling, diving and fishing.

This is the only park in Tanzania which is located on the Indian Ocean and combines coastal forest with acacia woodlands, open grasslands, mangroves and sandy beaches.

The birdlife is prolific and lion, elephant, giraffe, leopard and buffalo along with hundreds of other mammals can be spotted here. It’s the chance to see wildlife on the beach which is totally unique.

January and February and from June to August are the best time to spot both mammals and migratory birds.

All these places offer an unforgettable, uncrowded safari experience and comfortable accommodation options. That’s why the area of Southern Tanzania around Dar es Salaam is the first choice for locals and expats who want to go on safari. We recommend you visit soon to find out why for yourself.