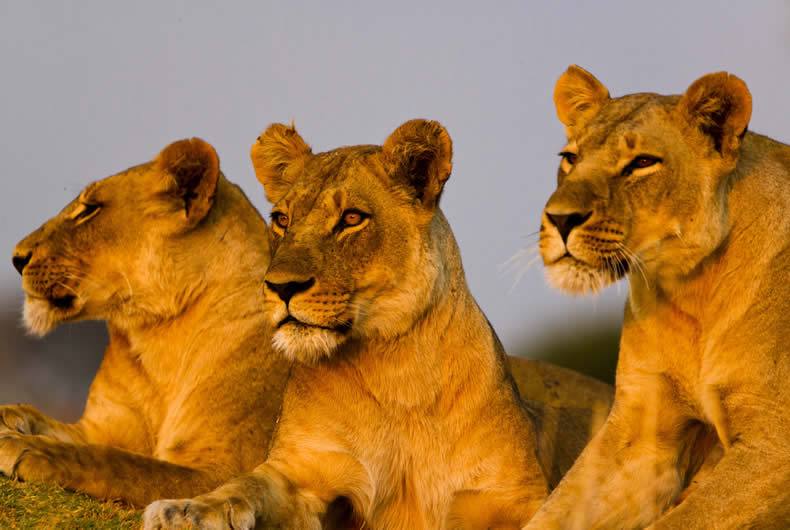 THE Best Time to Visit Tanzania

Situated on the equator, Tanzania has a temperate climate making it a great destination at any time of year with little variation in monthly temperatures.

Rainfall is the biggest seasonal change and can have a big impact on game viewing opportunities, accessibility of remote areas and accommodation rates.

The dry season in Tanzania can start any time from December until January. This time of year is the hottest and you should expect to pay peak prices, especially over the Christmas and New Year periods.

This is the ‘long rains’ rainy season with off peak prices on accommodation and fewer tourists although transport by road can be difficult at this time. Game action remains excellent during this time as the wildebeest start moving off the plains during the rut.  Low visitor numbers make this a great time to visit Tanzania. April is a great time to visit the Gol Mountains.

These are the coolest months which Tanzanians call winter. Temperatures can get cooler especially at night on the rim of the Ngorongoro Crater and on the higher slopes of Kilimanjaro where there is snow all year round.

This is the ‘short rains’ rainy season. Off peak prices on accommodation and fewer tourists make this a good time to visit for bargain hunters although transport by road can be difficult at this time.

The dry season is generally the best time to visit for game viewing because wildlife is drawn to waterholes and rivers for drinking during the dry season so it’s easier to spot. Mosquitoes should also be less of a problem during the dry season. In Tanzania there are two dry seasons each calendar year, from January to March and from June to October.

For general game viewing the best time is between June and October during the second the dry season. Good places to visit at this time of year include the Serengeti for the Wildebeest Migration and to view the herds crossing the Mara River as well as the game parks of Ruaha, Selous, Katavi and Mahale.

The Great Migration takes place throughout the year so can be incorporated into a visit at almost any time of the year, as long as you’re flexible about where to go. The timing of the Great Migration is also climate dependent because the wildlife migrates to look for fresh grass when the rain stops but key dates to consider are:

Best time to visit for specialised game viewing and scenery

Bird-spotting – For bird-watching the best time  is in the winter months from October to April, when many birds migrate to East Africa from Europe.

Calving season – January to March is an incredible time to be in the Serengeti, with thousands of calves being born every day, and, because of the short-grass plains, riveting predator action in clear view.

Selous Game Reserve – June to October is the best time to explore Selous on foot.

Chimp trekking – June to October is the best time to visit the Mahale Mountains and go trekking to view chimps.

Ngorongoro Highlands – Beautiful wildflowers can be seen in June and July but it’s often cold and cloudy until midday.

Tarangire – Tarangire is a dry season refuge for wildlife from the entire Maasai Steppe with excellent game viewing from late July until late October. It offers great elephant viewing all year round and tremendous birdlife from December and May.

The coast can be visited at any time of year, although the rainy seasons may reduce beach time. Zanzibar has a tropical climate with average daytime temperatures of 30°C (86°F) and hours of daily sunshine. During the daytime there’s usually a cooling sea breezes but nights can be more humid. High season is from November to February.