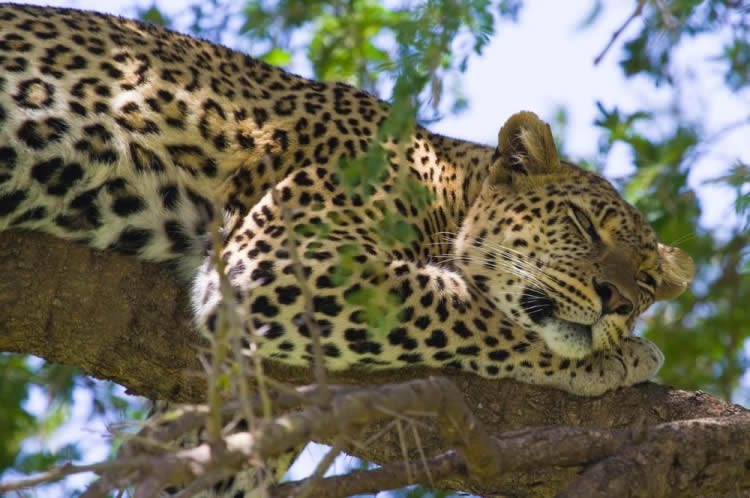 The Selous Game Reserve is the largest tract of protected wet wilderness area in the world. At 54,000 square miles, it makes up almost 6% of Tanzania’s land surface. Named after Captain Frederick Courtney Selous, a legendary 19th century naturalist, explorer and hunter, the reserve was founded in 1905. It is situated in the southern part Tanzania, bordered by Mikumi National Park to the north-west and by Udzungwa Mountains National Park and Kibasira Swamp to the west. Most of the northern part of the reserve is set aside for photographic safaris, and it is one of the most beautiful and game-rich areas in the whole ecosystem.

The reserve was originally created for hunters who came to the country after the huge herds of elephant populating the South of the country. After achieving its independence, the first president of Tanzania, Julius Nyerere, placed a high priority of the conservation and protection of wildlife.

Though the reserve is huge, there is only a small area that is open for safaris. Approximately 2,500 square miles in the northern zone of the park is open for tourism. This is commonly called the “photographic” zone and offers wonderful picture-taking opportunities.

The primary difference between a national park and a game reserve is that hunting is allowed in reserves and prohibited in national parks. The majority of the income from Selous Game Reserve comes from hunting and this is an important source of revenue for the government.

Selous is a remote area, and so there are fewer tourists. Game walks and boat safaris on the Rufiji River offer a look at the incredible number of crocodiles, hippos, and elephants that live in the area. At the most recent count, there were 60,000 elephants in the park. This accounts for over 50% of all of the elephants in Tanzania.

You will not see large herds of elephants here, as they roam in smaller groups led by matriarchs. In addition to the largest population of elephants, the reserve also has the largest population of the endangered African wild dogs. It’s difficult to spot these predators, however, because of the massive size of the park. Bird watchers will delight in visiting – there have been more than 430 bird species positively identified here.

The reserve is larger than Switzerland in size and is the most pristine wilderness remaining in Africa. It consists of a wide variety of wildlife habitats. These include open grasslands, acacia and miombo woodlands, swamps, and forests along the numerous tributaries of the Rufiji River flowing through the reserve.

In 1982, it was designated a World Heritage Site by the United Nations.

Selous Game Reserve is home to an incredible diversity of wildlife. Large mammals share habitat with reptiles, birds, and primates. Predators stalk through the grass and river forests, searching for prey. Visiting this remote game reserve is the perfect way to view these spectacular animals in their native habitats.

Based in Dar es Salaam, Daigle Tours are ideally placed to organize your Selous Safari.

Want to find out more about  Daigle Tours? For information about safari packages or to plan your bespoke safari download our brochure here or contact us now.
Book Your Trip