Established in 1960, Arusha National Park is found in the northeastern Arusha region of Tanzania. The park covers an area of 137 square kilometers and includes Mount Meru, a distinctive volcano with an elevation of 4566 m. Though it is one of Tanzania’s smallest parks, Arusha is a shining jewel of wildlife and diverse habitats. It features various topographies and wildlife sanctuaries that make it one of the most beautiful and unique places in the world. 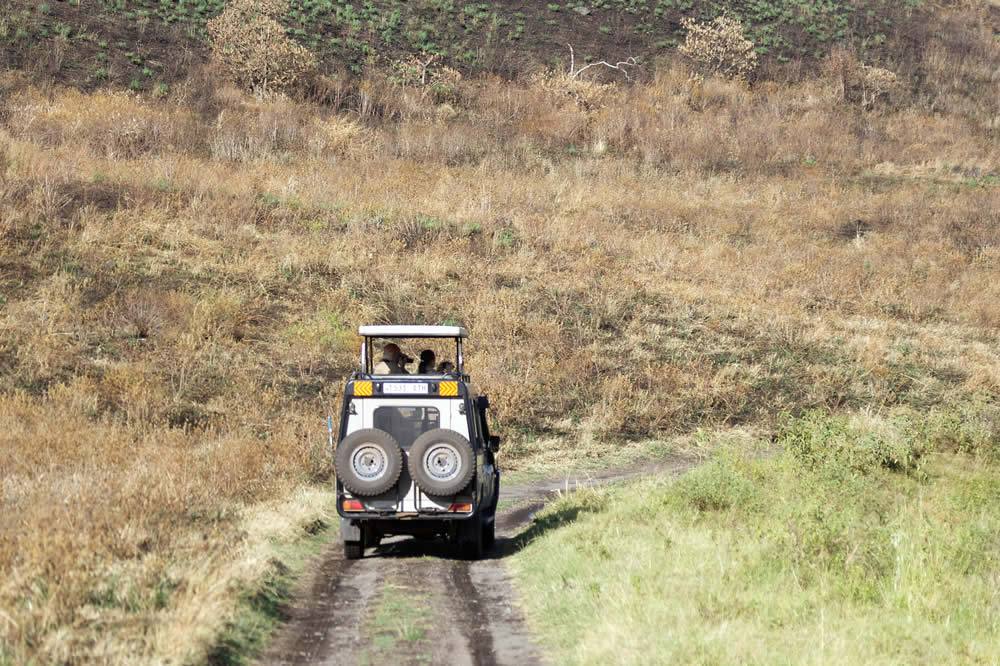 Arusha National Park boasts spectacular landscapes in three distinct areas. Meru Crater in the west of the park funnels the Jekukumia River. The southeast consists of the grasslands of the Ngurdoto Crater. The northeast houses the Momella Lakes. These are shallow, alkaline bodies of water that contain algae in various colors and are known for the flocks of wading birds that call the lakes home.

Diverse vegetative regions support several different animal species throughout the park. The entrance leads into shadowy and mysterious montane forest inhabited by curious monkeys and colorful turacos, trogons, and countless other jewel-like birds. The Arusha National Park is the only place where the acrobatic black and white colobus monkey is viewed easily. The topography of the area ranges from forest to swamp to mountainous region. The peak of Mount Meru rises majestically above the lush green forests and dominates the area.

Arusha Wildlife
Arusha National Park contains a rich variety of wildlife. The diverse population of herbivores, primates, and predators includes black and white colobus monkeys, baboons, elephants, giraffes, buffalo, hippopotamus, warthogs and several antelope species. Though lions are absent from the park, it is common to see leopards and hyenas sneaking through the shadows of early morning and late evening.

Bird Life
Countless bird species have been recorded in the park. Birds of prey hide in the forested areas of Mount Meru, waiting to swoop out of the shadows and begin the hunt. Migrating waterbirds are numerous along the banks of the Jekukumia River, and the Momela Lakes are an excellent place for a bird watching safari in Arusha Park. Many of the water birds are migratory and are only found in the park between October and April. The permanent residents of the park are primarily found in the forests, but Arusha does play host to beautiful flocks of pink flamingos.

While it is possible to see much of the park in a day, it is better to allow a night or two to do a walking safari and truly appreciate the diversity of wildlife.

Best Time for Tours
The best time to visit the park is during the dry season from July to March. It is best to climb Mount Meru during the months of June through February. On clear days, magnificent views of Mt. Meru can be seen from almost any part of the park.

Getting There
The park is just a few km northeast of Arusha, though the main gate is 25 km east of the city. It is an easy 40 minute drive from Arusha and approximately 60 km (35 miles) from Kilimanjaro International Airport. It is also 58 km from Moshi.

Mt. Meru Trekking
Mt. Meru is a spectacular volcanic cone that offers exceptional hiking and climbing opportunities. A trek to the summit takes you through grassland and lush forest on the lower slopes and culminates in an exhilirating walk along the knife-edge of the crater rim. The astounding view of the ash cone and cliff face leading to the summit showcases the interesting geology of the region. Additionally, many big game animals can be seen on the lower slopes.

Forest Walks
Taking a forest walk through the lush regions of the park offers you a chance to experience true serenity and peace. Observe various animals in their diverse habitats and enjoy the unparalleled views of Mount Kilimanjaro and the Rift Valley from the summit of Mt. Meru.

Game Drives
Driving through the cool, lush rainforest of Arusha National Park is a remarkable experience. Take a trip to the top of Ngurdoto Crater and spot the elusive black and white colobus monkeys as they leap from branch to branch and stare back at you from ancient cedar trees.

Canoe Safaris
Canoe safaris have been introduced to this park and this activity offers an extraordinary perspective of Arusha National park.