Bagamoyo is the oldest town in Tanzania, founded by the end of the 18th century. It was the original capital of German East Africa and one of the most important trading ports along the East African coast. Today Bagamoyo has around 30,000 inhabitants and is the capital of the District of Bagamoyo, recently designated as a World Heritage Site. 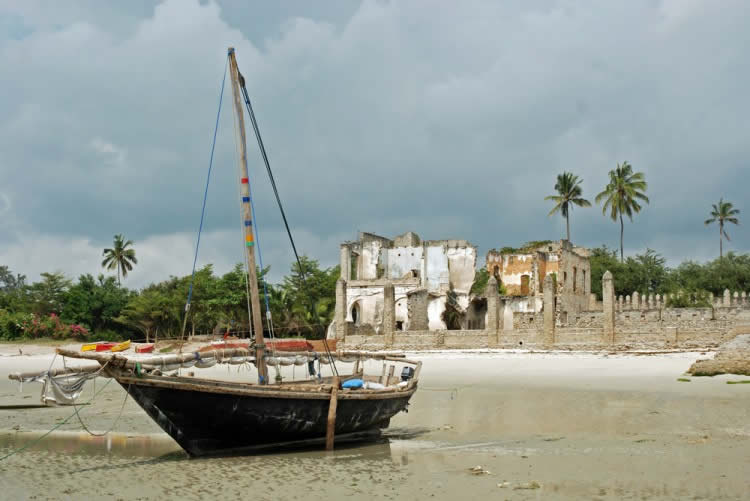 The coastal Swahili town of Bagamoyo was one of the most important trading ports on the East African coast and the penultimate stop of slave and ivory caravans travelling on foot from Lake Tanganyika on their way to Zanzibar.

Missionaries active in abolishing the slave trade made Bagamoyo, whose name means ‘bury my heart’ in Kiswahili, a centre of their activities.

Today, Bagamoyo is a centre for dhow sailboat building on the Tanzanian coast. A quiet village with a few German colonial buildings still standing. In the past, the town of Bagamoyo was one of the most important trading ports on the entire East African coast. Most tourist prefer weekend holidays in Bagamoyo Town, which lies about 75 km north of Dar es Salaam on the coast of the Indean Ocean, close to the Islands of Zanzibar.