Visit the Historical Town of Bagamoyo 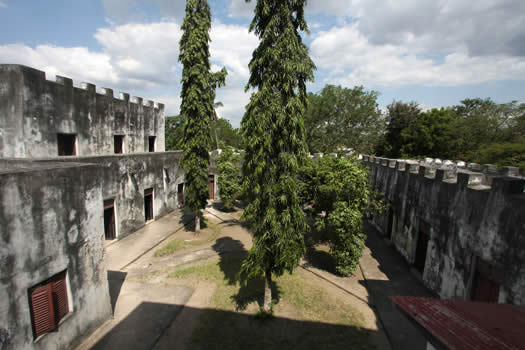 The town of Bagamoyo is rich in history. It was officially founded at the end of the eighteenth century though it can trace its roots back to centuries before this time, and it is the oldest town in Tanzania. The original capital of German East Africa, Bagamoyo was one of the most important trading ports along the east coast of Africa and was an important stop for the caravans trading slaves and ivory. It is a remarkable town that provides a glimpse into the past.

In the late nineteenth century, Bagamoyo was the most important trading post on the East African coast. Because of this importance, Bagamoyo has been influenced by numerous different cultures. Traces of Indian and Arab traders as well as the German colonial government and Christian missionaries can be found lacing the history of the town.

As an important stop in the route of slave traders, Bagamoyo’s history contains bitter elements. The word “bagamoyo” means “lay down your heart” in Swahili. The name reflects the plight of the slaves as they were transported from the interior of Africa and forced onto ships to be taken across the ocean.

Bagamoyo was not just a trading post. It was not only a town that the ivory and slave trades passed through. Many explorers also used Bagamoyo as the starting point for their adventures. The town played a crucial role in opening up the deep regions of Africa.

Explorers such as Richard Francis Burton, John Hanning Speke, Henry Morton Stanley, and others set off from Bagamoyo to traverse the inner parts of Africa. They sought the source of the River Nile and explored the lands around the African inner lakes. Their discoveries were crucial in opening up the continent to traders. 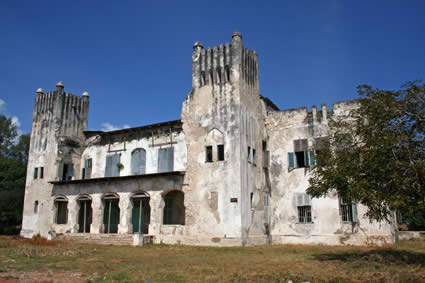 Though Bagamoyo had its origins as a tiny village, it is now a sizeable town with a population of about thirty thousand. It is a center for the making of dhow sailboat building. This and its historical significance make it an ideal place to visit on your Daigle Tanzania tour. There are numerous colonial ruins around the town that are waiting to be viewed and revered. The town also boasts the Bagamoyo College of Arts, and internationally renowned arts college that teaches traditional Tanzanian painting, sculpture, drama, dancing, and drumming.

Visiting Bagamoyo is a great experience. There is a huge amount of fascinating history to be studied and explored. There is culture and art to be experienced, and it offers insight into Tanzania’s oldest town. Take a trip to Bagamoyo with Daigle Tanzania Tours and experience all that this intriguing town has to offer.