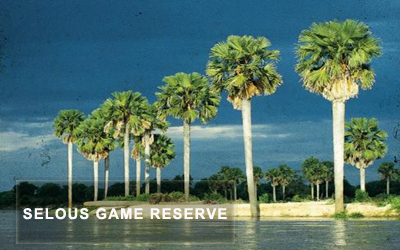 An incredible diversity of wildlife inhabits the Selous Game Reserve. It is easy to spot large mammals such as elephants and hippos. They share the habitat with reptiles, birds, and primates. Predators roam along the river, searching for prey. Selous is the ideal place to view all of these animals in their natural habitat.

The Selous Game Reserve is located in the Southern Circuit of Tanzania Safari tours. It was established in 1905 and is the largest tract of protected wet wilderness land in the world. Consisting of 54,000 square miles, the reserve makes up 6% of Tanzania’s land surface area. This immense area is home to some of the most remarkable animal and bird life in the world.

The reserve may be huge, but only a small area is open for safaris. The northern zone of the park is open and offers fantastic photography opportunities. The park’s remoteness more than makes up for the small section open to tourism. It is rare to see other safaris, and the amount of wildlife is stunning.

The reason that only a small portion of the reserve is open to tourism is because Selous is first and foremost a game reserve. The vast majority of the area is used for hunting. It was originally created to accommodate the hunters who came to Tanzania after the huge herds of elephants and continues to be an important source of revenue for the country.

The most recent count puts the elephant population in Selous at 60,000. This means that over 50% of all the elephants in Tanzania reside here. You will not see massive herds of these majestic beasts, however. They roam in smaller groups led by a matriarchal female.

Selous has an incredible amount of wildlife to be seen. Bird watchers will delight in over 430 species of birds that have been identified that flit and fly in a riot of color. Game walks offer excellent opportunities to view the wildlife, and because of the remoteness of Selous, it is unlikely that you will encounter other tourists. You will feel as if you share the park only with the animals. Take a boat safari on the Rufiji River and marvel at the incredible number of crocodiles, hippos, and elephants that reside in the area.

The Selous Game Reserve is a beautiful park bursting with life. It is the most pristine wilderness remaining in Africa and consists of a wide variety of animal habitats that contribute to the incredible biodiversity. Experience stunning scenery and an amazing look at countless animals in their natural habitat. Selous is the place to go for an unbelievable safari.

From the moment we were picked up from our hotel until the very end of the safari, we were all very impressed with the high standards we experienced on our trip. The jeeps used by the company were spacious and in very good shape and also seemed secure when compared with other companies' jeeps with open sides, especially when getting close to the lions! There was lots of driving involved but at all

times our drivers kept us informed as to the plans and also had a lot of very interesting local knowledge that they shared with us during the trip. The accommodation was great, huge military style tents with our own toilets and showers, plus the food at the butembo lodge laid on by Bobby was very welcome after a long day in the cars. All in all this company removed any stress we had about the trip so that we could relax and enjoy ourselves, I would consider it very good value for money and would definitely go with them again. Special mention must go to our driver Capande who made every attempt to fulfil our requests when we said we wanted to see elephants or lions etc. and was a lot of fun on the long car journeys!

More than a Safari

Before we start our beach holiday on Sansibar we wanted to have a safari trip in Tanzania. We have visited many homepages with interesting Safaris. Daigle Tours quoted the best for us:
Start: Tanzania/Selous Safari => End: Sansibar Stone Town Tour
The organisation was very good. Manager Samwel replied every mail fast and trustful.
When we arrived at Dar es Salaam at 2:30 in the night we were picked up from our guide Kapande directly from the airport.
First day we were in Dar es Salaam in a good Hotel direclty at the coast. We had very good breakfast and dinner which was included in our booking like every following days.

On the second day we started our tour to Selous. During the trip we had the chance to see very much of african/tanzanian live. It was very interesting to watch people, behavior and land scapes while we drove to Selous.

In Selous we had a safari on the water where we saw exotic birds, crocodiles, hippos and very tall lizards. Due the low water-level in July we could enter a sandbank where we could observe a hippo family not far from us and an amazing sunset. This one was probably the best sunset we have ever seen.
To lie in the sand, which is actualy the ground of a big river, while watching hippos relaxing in their own territory, during the sun goes down.. Awesome..
Next day we had a full game reserve drive which was also an absolut highlight. We have seen elefants, giraff, zebras, garzelle, hyena, eagle and many many many more animals in wildness.

Unfortunately we have not spotted lions but our guide has looked for known spots to get a look of rare animals. We have noted that he was interested to show us as much as possible. A good feeling for us. This is why we were lucky to spot elefants which became more rare from year to year in Selous. Our guide is a good one we think!
Next day we drove back to Dar es Salaam to take a ferry over to Sansibar. When we arrived we were picked up again from another guide who drove us to a wunderful hotel at the east coast of Sansibar. It was good for us to make the transfer over to Sansibar with an organized and trustful tour. Everything went alright.

The day after we made an interesting Stone Town Tour and a Spice Farm Tour. It was a good ending for our very exciting week. At the very end our guide even brought us to our hotel.
All in all we had an incredible week. We have seen so many things from african life and not only animals and a secure transfer to Sansibar what we thought when we booked this safari.

We had a really good time because it was just more than a safari for us.